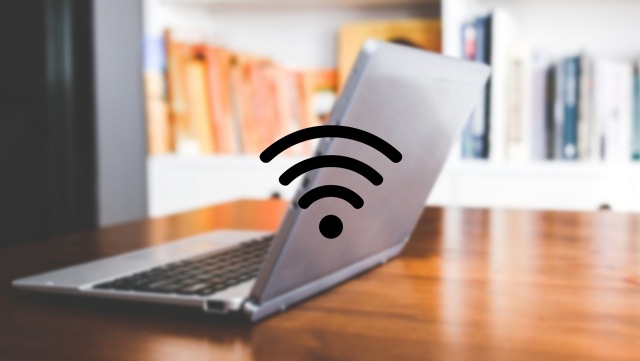 Can everybody hear me? Your Zoom is hiccuping. The WiFi is being weird.

You’re breaking up, America. Bad Internet connections are our No. 1 tech problem — as frustrating as robocalls, but tied directly to our ability to do our jobs, learn and be entertained from home in the coronavirus era.

Here’s some advice you won’t hear from many gadget guys: Don’t buy anything. At least not yet. Yes, some new gear or a different service plan might help. But first, let’s do some tests to get to the root of your problem. A fix could be as simple as moving the location of equipment you never really think about. We might even save you money.

It’s not always very easy to call a technician over to look at your network. So I wrote this guide to the most common problems and cross-checked my solutions with Internet service providers, or ISPs, including Comcast, Verizon and Sonic — and with WiFi hardware makers Netgear, Google and Eero. My request to all of them: Don’t try to sell us stuff, just help us fix what we’ve got.

Think of this guide as CSI: WiFi. Network problems are a mystery you solve through a process of elimination. I’m going to suggest a few tests, possible fixes and tips. If one doesn’t help you, then move on to the next.

Step 1: Is your Internet really the problem?

Before you spend the time digging your network equipment out of some dark, dusty corner, let’s look closer at the laptop, tablet or phone you’re using. It might actually be the problem.

Do certain devices in your house have more trouble going online than others? That’s a sign.

It’s possible your device just wasn’t built for working from home in 2020. Video chat applications like Zoom are actually pretty intense, and your older device — even if you paid an arm and a leg for it six years ago — might not have the memory or horsepower to keep up.

Tip : Restart your computer. Sometimes we all just need a refresh. Also, close any apps you don’t need to have running, especially while you video chat.

Tip : Dedicate a device for video. With a seven-year-old Apple MacBook, I couldn’t Zoom and work at the same time. So I turned an old iPad Mini into a dedicated video conference machine that sits right next to it. No more stutters.

Here’s the most important piece of the puzzle: Is your problem with your WiFi network or with your Internet service?

They’re actually two different things, each temperamental in their own ways. Your Internet connection, which comes from an ISP like Comcast or Verizon, is the link from the outside world into a box you’ve got called the modem.

Your WiFi network is usually specific to your home. It uses equipment called a router to beam wireless Internet around. WiFi routers used to often have antennas on them, but nowadays they can also look less like spaceships.

Many Americans rent their modem and router from their ISP, and sometimes it’s even combined into a single box. Plenty of others, including yours truly, buy their own modem or router — doing that can give you more control, access to newer tech and save you money over time. (If you’re not sure which you’ve got, look to see if your ISP painted its name on the equipment.)

Do this test : Find wherever your WiFi router is in your house, perhaps near the cable box or TV. Get as close to it as possible. Then on your phone, tablet or laptop, turn the WiFi off — and then back on again. Once you’re back on, visit the website speedtest.net. It’s got a test that should only take a few seconds to run. Make a note of two numbers: upload and download. You might run it a few times to find average results.

(To be even more scientific: Get everyone else in your house to completely shut off their devices for a few minutes while you test.)

Then mosey over to the part of your house where you notice glitchy or slow performance. Turn your device’s WiFi off and back on again. Then run speedtest.net again, making note of the upload and download numbers.

If your speeds are much lower away from your router, you’ve got a WiFi network problem. You might have a dreaded “dead zone” — an area that signals can’t reliably travel to and from.

If the speed test results are about the same in both locations — and not so good — you’ve got a problem with your Internet service (and can skip to step four below).

What’s a good speed? You’ll want at least 10 megabits per second (mbps) download and 5 mbps upload if you want to watch Netflix in HD and do some video calling. But that’s just the start.

The speed you need multiplies when your house has more people — and more devices — that need to tap into the connection at the same time. It’s easy to forget how much household stuff can be online nowadays: smartphones, tablets, video doorbells, smart speakers, smart TVs, you name it.

If you’ve got a family all doing work calls and online classes at the same time, you’ll want at least 25 mbps download and 10 mbps upload.

All the technicians I spoke with agree: Most people’s problem is the WiFi network. Dead zones are particularly common in large or oddly shaped homes. Building materials can also wreak havoc: In my 100-year-old house, I discovered there’s chicken wire in the plaster that acts like WiFi kryptonite.

Think of WiFi waves like music coming out of a speaker. The closer you are to the source, the better you can hear it. When you’re separated by walls, things get quieter and more muffled.

Tip : Move your router to where you can see it. I wouldn’t blame you if the ugly thing is currently buried in a closet. But that makes it hard for the signal to get out. Pulling the router out might make a world of difference — just keep it away from obstacles containing metal or water that will block the WiFi waves. On a shelf is better than the floor. Upstairs is better than in the basement. If you just can’t stand the way it looks, put a lamp shade over it.

Tip : Check your network names. Older routers often offer two different networks at the same time: one that runs at 2.4 GHz, and another that runs at 5 GHz — often with those numbers you can see at the end of the network name. Think of the 2.4 network as the slow lane. It can travel further but can’t transmit data as quickly. The 5 network is faster but can’t travel as far through walls. Newer WiFi routers automatically switch you to whichever is best for wherever you’re trying to connect, but older ones ask you to make the call, so try switching it up.

Tip : Move your router to the middle of the house. Often routers are connected to wherever in the house the cable connection enters. But if you’re beaming WiFi from one corner of your house, you’re sending 75 percent of your signal out to your neighbors, the backyard or the street. So if you’re up for a home improvement project, buy a long Cat 5e Ethernet cable and string it between your modem and a more central location for your router.

Tip : Update your software. Router makers frequently issue updates to stability and security, both things you want. Many routers leased by ISPs and newer do-it-yourself models update automatically. But older ones may require you install the upgrade yourself. Usually there are instructions printed on the device to access its control panel, such as going to a special website address. (While you’re there, make sure you’ve put a good password on your network.)

Tip : Upgrade to a newer mesh system. Starting in 2016, router tech made a significant leap forward. Instead of one single box trying to beam out all over the house, so-called mesh systems use a bunch of little wireless boxes all over. Your modem plugs into one of these mini-routers, and then the rest connect up to each other wirelessly. Start with two and add more if you need them. Options that are pretty easy to install include Amazon’s Eero ($135 for a two pack), Google WiFi ($269 for a two pack) and Netgear’s Orbi ($129 for a three pack). Amazon chief executive Jeff Bezos owns The Washington Post, but I recommended Eero long before Amazon bought the router maker in 2019.

Some ISPs also sell mesh units that work with their rented gear, such as Comcast’s xFi Pods. But you’ll probably save money in the long run by buying and installing your own mesh system.

What if you invested in a fancy Apple router a few years back? Alas, Apple officially grounded its AirPort WiFi system in 2018. It’s time to look elsewhere.

Step 4: Get more out of your ISP

If you’re not getting the speed you need even standing close to your WiFi router, you’ve got a problem with your ISP. That could be a technical glitch — or you’re being ripped off.

Tip : Restart your modem. Before you contact support at your ISP, try unplugging your modem from power, waiting 10 seconds and then plugging it back in. It’s possible the thing has been running for a very long time and just needs to clear its memory.

Tip : Ask about upgrading your modem. Like routers, modems have also improved over time. Ask your ISP if it can tell how old yours is and whether you’d get faster service if it sent you a new one or you bought one yourself.

Tip : Complain — and consider a different ISP. It’s possible your ISP just can’t serve your neighborhood very well under the current demands. ISPs including Comcast, America’s largest, claim their networks have been holding up well with so many people working from home. But my connection has cut out periodically, and some of my Post colleagues have noted spikes in network latency (a measure of responsiveness). Some ISPs, particularly cable companies, use technology that’s actually a shared resource — which means, if your neighbors are also all running Zoom conferences, everyone’s connections will suffer.

If you can find a recent Internet bill, look to see whether there’s anything about what speed you’ve been promised. Often ISPs use cagey language like “up to,” but if you’re paying for 25 mbps and only getting 3, you have a good reason to complain. The squeaky wheel gets a discount.

Tip : Pay more for faster speed. This is a last resort. If you’re tempted to upgrade to a faster tier, tell your ISP you’re going to test it and downgrade again if it doesn’t solve your problems.

Step 5: Conserve the bandwidth you’ve got

If all else fails, you can try to conserve the limited Internet you’ve got.

Tip : Turn off hidden data hogs. It’s easy to forget everything we’ve got running on our gadgets these days, from iCloud and Dropbox to streaming security cameras. They’re usually not smart enough to shut themselves off while you’re trying to have an important video call, so just turn them off.

Tip : Switch to audio. It’s far less distracting to just join a Zoom conference via voice than to keep stuttering via video. You can still see everyone else and they can understand what you’re saying.

Tip : Make sure you don’t have a virus. Internet troubles are often a canary in the coal mine for a virus or malware. Nefarious programs can turn one of your devices into a robot that gobbles up your bandwidth to help them attack someone else. Try running the free Malwarebytes to check.

Tip : Tether to your phone. If your ISP is having a problem and you’re stuck waiting for a fix, try using your smartphone as a personal hotspot.