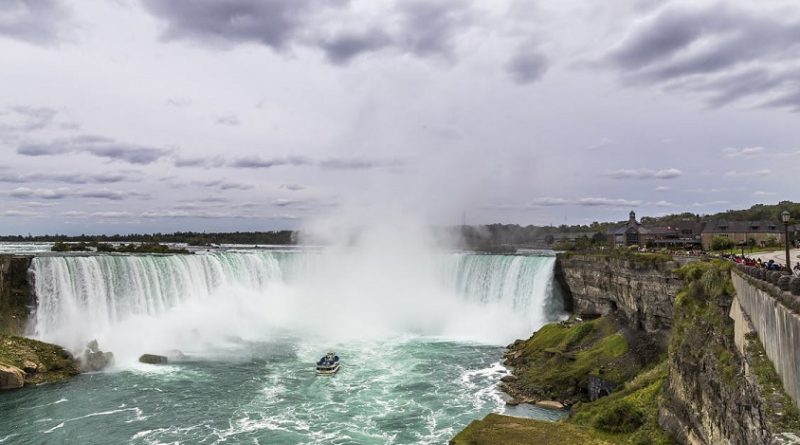 The water that runs over the falls comes from the Great Lakes. Ninety percent of the water goes over the Horseshoe Falls. Originally, as much as 5.5. billion gallons of water per hour flowed over the falls. Today the amount is controlled by the Canadian and American governments to slow erosion. In addition, some of the water is diverted to provide power for the United States and Canada, making Niagara Falls the largest source of electric power in the world.

Niagara Falls has been one of the most popular destinations for honeymooners in the world since promoters for the area helped institute “honeymooning” as a tradition in the mid-nineteenth century. The 1953 film Niagara starred Marilyn Monroe as a honeymooner with a wandering eye. The film marked Monroe’s explosion as a film phenom—perhaps because the film features a full two minutes of Monroe’s soon-to-be-famous backside as she walks toward the falls for a better view.

There are two ranges, each located on either side of the border, and both are equally cool places to check out.

The Falls have a natural whirlpool along the base, and a boat ride is available for those who want to even more fully explore the waterways.

Twelve million tourists from all over the world visit Niagara Falls every summer.